Paul Shirley is passionate about succulents and special plants. No wonder that the Mimosa caught his attention.
‘My interest lies in unusual plants and the more outlandish the better and the Mimosa pudica is certainly different because it belongs to the group of plants with moving parts. Seeds of Mimosa pudica are regularly offered for sale and there are two types of seed in circulation, one being dark-coloured and the other lighter in colour. The darker-coloured ones are considered the better of the two because plants grown from those seeds reacts quicker when touched, but there is otherwise no difference between the plants themselves. The species originally comes from South America, but has spread throughout the warmer regions of the world. They cannot survive in temperatures below zero, but do very well as a house plant. In tropical conditions, it can become a weed and is sometimes considered a nuisance, for instance when it grows in lawns, because of its thorns. 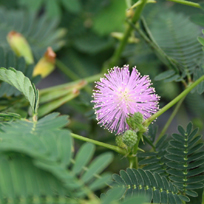 Children love this plant because when touched the leaves close together in an quick upwards movement and the branches collapse downwards. Mimosas are not the only plants to show thigmonasty (touch-induced movement); a different species of sensitive plant that is offered for sale is Biophytum, which also closes its leaves when touched, but in that species the leaves go downwards, while the Mimosa leaves go upwards. In hot sunny weather it takes the Mimosa about 15 minutes to recover and then it can be played with again. No harm whatsoever is done to the plant; the folding of the leaves is a protective mechanism against grazing animals and insects. The grazing animals do not see the plant as something desirable to eat when the leaves are closed and insects are frightened away when the leaves move and the plant can continue to grow uninterrupted. Not the same can be said for the Venus fly trap, which relies on the closing of its leaves for food. If they are touched too much without a food reward at the end, they can die of starvation.

The seed of the Mimosa needs to be soaked for about a day before being sown. Sow in warm conditions and they will germinate quickly. They can be grown either singularly in one pot or with a few together in one pot to get a bushier result. They can flower in about 5-6 months with pink ball-like flowers which, when rubbed together, will be pollinated and you can produce your own seed. The plant is actually a perennial, but is normally grown as an annual, because it is not so easy to keep during the winter months and even if you manage to keep it alive, it can easily grow straggly. The plant is not fussy as regards the soil it is grown in, but it must not be allowed to dry out. It can take plenty of heat and likes full sun and can easily be grown on the window sill.’
Take a look at the website and blog to see more special plants. It is possible to bring plants on request to the Nursery Days at 16, 17 and 18 June. 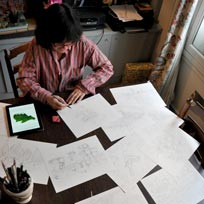 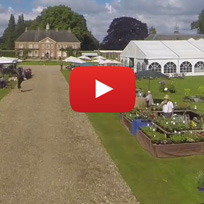 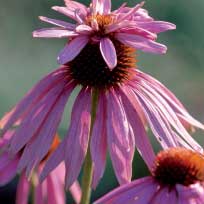 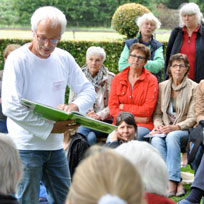